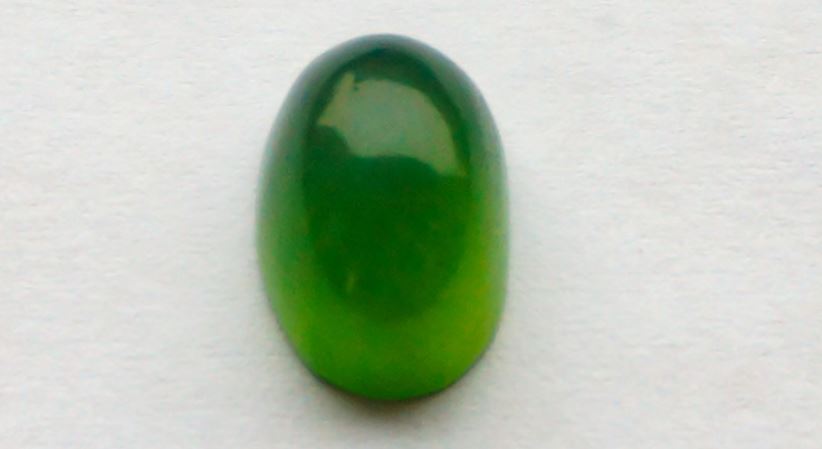 Figure 1. This 4.05 ct translucent serpentine is unusual for its olive green color and lack of impurities. Photo by Yanjun Song.

Serpentine is a common ornamental stone in the jewelry trade. With colors ranging from yellowish green to deep green, it is commonly used as an imitation of jadeite or nephrite.

Recently, the Gem Testing Laboratory at the Shijiazhuang University of Economics in Hebei, China, examined an olive green cabochon (figure 1) weighing 4.05 ct and measuring approximately 12 × 8 × 6 mm, reportedly purchased from China’s Shandong province. The sample was relatively clean, with a vitreous luster and without any eye-visible inclusions. Without magnification, it resembled high-quality jadeite jade. Standard gemological testing gave a spot refractive index of 1.56 and a hydrostatic specific gravity of approximately 2.56; the sample was inert to both long-wave and short-wave UV. These properties are consistent with serpentine. Four main peaks were observed in the 1100–400 cm–1 region of the infrared reflectance spectrum (figure 2). The two peaks at about 1046 and 482 cm–1 were related to the fundamental Si-O vibrations. The remaining two peaks at 672 and 558 cm–1 are attributed to the OH– and Mg-O vibrations, respectively, confirming the sample’s identity as antigorite, a species in the serpentine family. 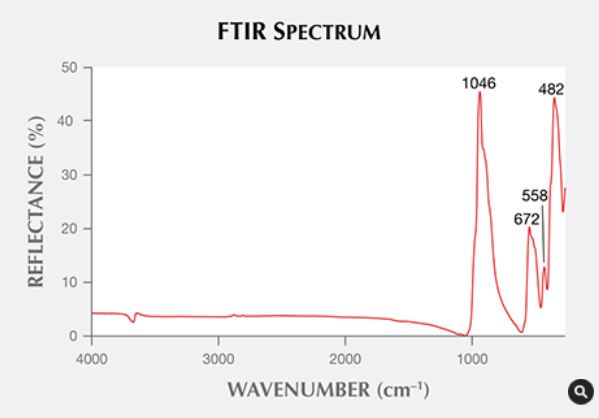 Figure 2. The FTIR spectrum of the 4.05 ct olive-green cabochon sample exhibits characteristic peaks at 1046, 672 and 482 cm–1, all consistent with serpentine.

Energy-dispersive X-ray fluorescence (EDXRF) was used to differentiate the sample from the common “Xiuyu” variety of serpentine, from China’s Liaoning province. Testing revealed that both Cr and Ni were significantly higher in this material than in serpentine from Liaoning, indicating that the specimen may have formed from the serpentinization of mafic-ultramafic rocks. We suspect it may have originated in Taian City in Shandong province, which is famous for “Taishan jade,” a newfound variety of serpentine.

Although serpentine is common in the Chinese market, this was the first time our researchers have encountered a sample of such high quality.