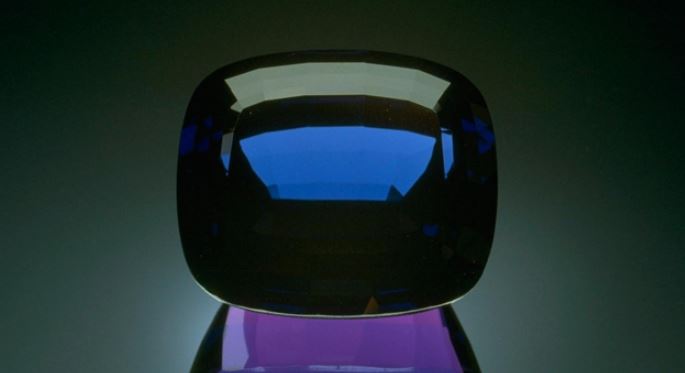 This 122.70-carat tanzanite is in the collection of the Smithsonian National Museum of Natural History. - Chip Clark, courtesy Smithsonian Institution

Tanzanite is relatively new to the colored stone galaxy. As the most common story of the tanzanite mining boom goes, in 1967 a Masai tribesman stumbled upon a cluster of highly transparent, intense violet-to-blue crystals weathering out of the earth in Merelani, an area of northern Tanzania. He alerted a local fortune hunter named Manuel d'Souza, who quickly registered four mining claims.

D’Souza hoped that he’d been shown a new sapphire deposit. Instead, the deposit contained one of the newest of the world’s gems. 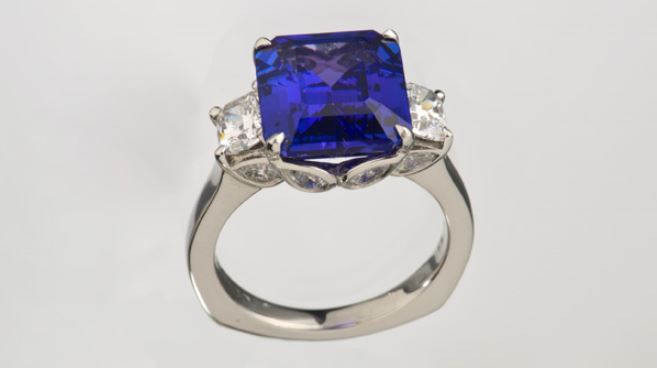 Although it’s a newcomer to the gemstone industry, tanzanite has quickly become one of the most popular colored gemstones. - Courtesy Richard Krementz Gemstones

Within a short time, 90 more claims appeared in the same 20-square-mile area. No one was quite sure what the beautiful crystals were, but everyone wanted to lay claim to the profits they were certain to produce. The new gem would eventually be known as tanzanite, and it would, at times, rival the Big 3 in popularity.

Tiffany & Company recognized its potential as an international seller and made a deal to become its main distributor. Tiffany named the gem after the country it came from, and promoted it with a big publicity campaign in 1968. Almost overnight, tanzanite was popular with leading jewelry designers and other gem professionals, as well as with customers who had an eye for beautiful and unusual gems.

The instant popularity of this transparent blue-to-violet gem was tied to its vivid color, high clarity, and potential for large cut stones.